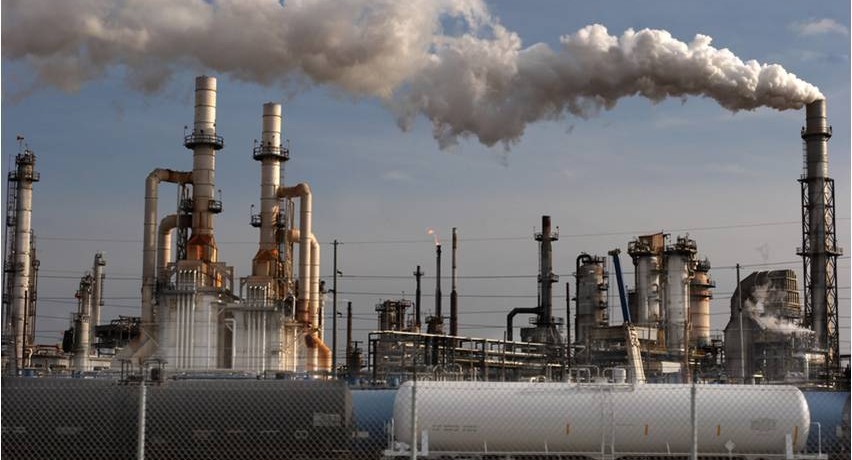 When the U.S. Environmental Protection Agency classified environmental tobacco smoke (ETS) as a Group A carcinogen, many state and local codes began requiring restaurants and entertainment facilities to provide designated smoking areas that prevent smoke from being recirculated to nonsmoking areas.

In 2001, the Jillian’s entertainment facility was under design for construction in the new Discovery Mills Mall in Gwinnett County, Ga., just outside Atlanta. The approximately 52,000-sq.-ft. Space houses eating establishments, multiple bars, video games, bowling lanes, billiards and other features geared toward corporate parties or functions.

The facility’s design called for three clearly defined smoking areas: a 760-sq.-ft. area in what is called the Video Cafe; a 1,110- sq.-ft. area in the bowling alley; and in the video game room, a 1,400-sq.-ft. bar that permits smoking. The architectural layouts are very different from one another.

When the owner and its design team presented the layout to the Gwinnett County Plans Review, they were instructed that the smoking areas must not allow “any” smoke to be recirculated to other parts of the facility. The county planning authorities also required that the satisfactory performance of the smoking areas and their associated subsequent systems be demonstrated to the local code inspector and the county health inspector—along with a report documenting the finding —before a certificate of occupancy would be issued for the facility.

They also recommended that the owner and designers hire a commissioning authority, both to commission the HVAC system and to do the testing needed to prove compliance with smoking requirements. Newcomb & Boyd was contracted for the commissioning, which entailed the following scope:

To support them in this effort, Newcomb & Boyd employed Enact, Inc. of Douglasville, Ga. Enact specializes in environmental issues and airborne disease control in commercial and industrial HVAC systems. Enact, in turn, utilized two certified industrial hygienists (CIH) to help perform the study, evaluation and assessment of smoke migration. The same CIHs subsequently performed the sampling/testing of the smoking areas and their adjoining spaces after the review of the design documents and the functional testing of the HVAC systems were completed.

With these goals in mind, the commissioning agent pursued many avenues to help define the standards for the designated smoking areas. They found that many organizations have issued guidelines for smoking areas and for negatively pressurized spaces. Several of these standards were utilized in evaluating the smoking areas and their related HVAC systems during the review of the design documents. The following were used during this evaluation:

After these recommendations were incorporated into the design documents, it was the commissioning authority’s responsibility to verify that they were, in fact, being installed and constructed in accordance with the design documents. In addition, the commissioning authority completed the following tasks during the construction phase of the project to ensure the correct operation of the HVAC systems and the designated smoking areas:

Indoor air quality may be defined as an optimum indoor environmental condition that contains the lowest possible levels of a broad scope of indoor air pollutants. IAQ endeavors to satisfy the health, comfort and well-being of the vast majority of human occupants in any type of building at any given time. It was possible to achieve, in this particular project, the positive results delineated in this definition by determining and evaluating the degree of tobacco smoke migration between express building spaces. This was accomplished for this facility by observing relative particulate levels in the air indicative of contaminants in specific and designated areas in the interior environment of a facility and its HVAC systems. Comparing this relative particulate data with data from various interior building locations permitted a general characterization of building conditions when analyzed in conjunction with concomitant smoke-related manifestations and episodes. To establish the relative “indoor goal,” ultra-fine particle (UFP) readings were obtained from an outside air source entering a bank of low efficiency throwaway filters in a 100% outside-air rooftop unit (RTU) and compared to UFP readings obtained from air leaving the air filter bank in the same unit. Based on these readings and the published data from the filter manufacturer, it was estimated that the RTU air filters were 20% to 25% efficient on average. Based on the UFP outdoor readings and the filter efficiencies, an UFP “indoor goal” was established. Approximately 60 air samples were taken over a fixed time period to correlate definite air quantities with the airborne particles being sampled. This permitted a form of standardization, especially in view of any future potential studies where it would be desirable to compare data before and after a specific change or a particular occurring event in the building or HVAC system.

An enormous amount of information is available on the effects of direct and second-hand smoke. Over the years more and more facilities have banned smoking or are providing specific areas for smokers that will separate them from the non-smokers. This separation must therefore provide non-smoking areas with adequate evidence of exhibiting very little or no ETS in the interior ambient air.

By applying proper empirical, theoretical and practical experience, and using proper building planning in conjunction with responsible design, it was possible to accomplish the desired criteria at the Discovery Mills facility.

Adequate design, however, is not sufficient unless proper construction and installation are achieved and overall care is exercised for not only the overall scope but also for individualized circumstances and exigencies. The commissioning of this facility completed that task.

Ultra-fine particle (UFP) sampling of interior conditioned air, as well as outdoor air, was an essential part of the commissioning process for designated smoking areas at Discovery Mills Mall in Gwinnett County, Ga. UFP sampling was undertaken in specific areas of the occupied spaces to ascertain relative airborne particulate levels between smoking and non-smoking areas, providing representative ” comparison data for the three designated smoking areas. Approximately 60 samples were taken over a seven-day period to evaluate the capture and containment of environmental tobacco smoke (ETS). Samples were taken using a UFP counter, an instrument ideally suited for detecting airborne particles with diameters ranging from 0.01 to 1.00 micrometer. Smoke particles found in ETS particles are predominately within this size range.

The UFP counter is a direct-reading instrument that contains a built-in pump. The particles pass through a saturator tube where they mix with an alcohol vapor (isopropanol). The particle/alcohol mixture then flows through a condenser tube where alcohol condenses on the particles, causing them to form and enlarge into droplets that can then be counted by the focused lightscattering laser beam of the instrument. The flashes of light produced by the beam are sensed by a photo detector and counted to determine particle concentrations as total particles per cube centimeter of air (pt/cc).

The instrument is battery powered and capable of electronically storing a series of measurements as 10-sec. Averages. Readings obtained by the instrument were downloaded to a personal computer and formatted into a data table, which was contained in the final report to the owner.

The object of this testing was to compare UFP levels in smoking areas with those for other areas. Since the facility was not in operation yet, smokers—construction workers and staff—were asked to smoke in each of the three smoking areas to simulate actual operation. While this was taking place, comparison tests were made inside and outside these areas. Prior to this smoke testing, background levels were measured at several locations throughout the facility.

All areas sampled outside and immediately adjacent to the three designated smoking areas had pt/cc readings below established goals. In several areas, the UFP levels just inside the smoking areas were found to be over 18 times higher than the UFP “indoor goal” numbers established.

“Cloud Control: Complying with Codes for Smoking Areas” was published in the January 2004 edition of the Consulting-Specifying Engineer.
Author: Steven F. Hanye

Associate Partner, Consulting Engineer
Steve has more than 30 years of experience in mechanical engineering design, commissioning and project management. He has significant expertise in the area of aviation facilities, and has published and presented on topics related infrastructure renovations at airports and the continuous operation of the airport during this work. Email Steve