To be Fair, No One Promised 10GBase-T Would Work on Category 6

To be Fair, No One Promised 10GBase-T Would Work on Category 6 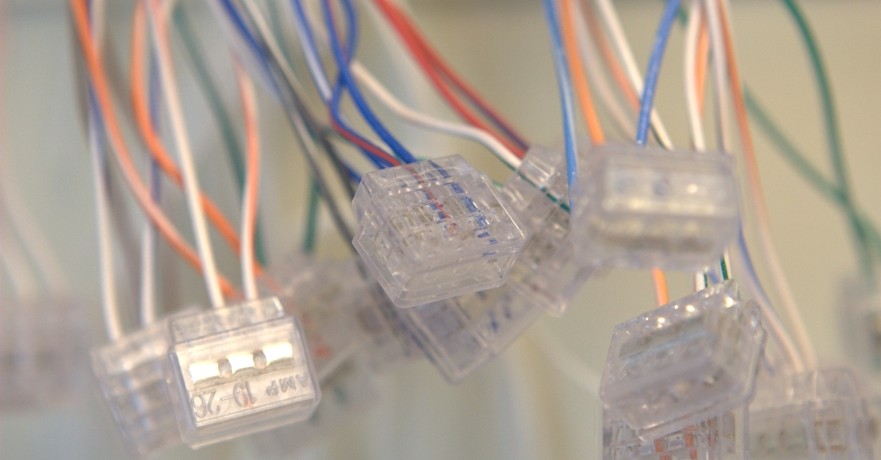 If a desktop computer had the capability to transmit data at 10 Gigabits per second, one could transfer an entire DVD movie in 30 seconds-a movie that otherwise would require two hours to consume. The speed of 10GBase-T is so much greater than 1000Base-T that it dwarfs the speed at which modern hard disk drives read and write to the system bus.

When hardware that can use this technology becomes commercially available, the opportunities for working directly from centralized data storage will be possible. This can potentially change the concept of using local storage. If used in a current desktop, the computer would quickly become overwhelmed with data.

With the next-generation networking standard now finalized, transmission capacities seem unreal. For the purpose of this article, we are not going to discuss why, but rather, how. How can one use 10Gbits/sec at a workstation, and what will it cost? We will explore the evolution of cable as it relates to the introduction of different variations of Ethernet, and discover why there is a need for Category 6A.

In interactions with cable and connector manufacturers, we have noted one common theme regarding 10GBase-T and desktops: The promise of Category 6 delivering the bandwidth needed for the next network standard will ring hollow.

For several years, many cabling and connector manufacturers told us that if we are considering installing a new cable plant, we should upgrade to Category 6 as opposed to Category 5e. They claimed that Category 6 would provide much more headroom than Category 5e and, therefore, will be able to handle faster network speeds in the future. Because of the success of this campaign, many need reminding that Category 5e channels are designed to-and do-provide the means to deliver 1000Base-T at 100 meters.

In fairness to cable and connector makers, no one promised 10GBase-T on Category 6. What they did sell was the promise of being able to take advantage of the increased bandwidth inherent in Category 6 to speed up your network in the future. In fact, many expected a lower bar on a technology that would autonegotiate to a speed faster than 1000Base-T, but not quite 10GBase- T, depending on the cable and the distance.

After much effort and millions of dollars in research, we are learning that, no matter what we do, Category 6 does not have the necessary bandwidth to deliver 10-Gbit/sec transmission at 100 meters. We are also learning that the IEEE is not interested in new network standards slower than 10-Gbits/sec at 100 meters.

Given what we know about Category 6 and its legacy as an unfulfilled promise, should we trust the new Augmented Category 6, or Category 6A, cabling solution to deliver the goods? What can be done to add reassurance that we are not going to be left out in the cold? What is the bottom line for upgrading to Category 6A?

Current Category 6 cables do not have the electrical-performance characteristics that are needed to deliver 10GBase-T. Unfortunately, the combed cables and tie-wrapping in the higher-end installations we have seen (in this publication and elsewhere) can actually degrade the cable bandwidth.

Crosstalk-the effect of coupled energy onto adjacent pairs interfering with the information being transmitted-is the root of the problem.

Similar to carrying on a conversation in a crowded room (with many conversations occurring at once), crosstalk is noise caused by other signals incidental to the primary signal pathway, which results in the drowning out of the intended message. In the past, this problem has only been an issue within the cable jacket, and has been overcome by varying twist rates and sometimes adding spacers to separate cable pairs.

The phrase “alien crosstalk” is used when the coupling energy originates from outside the cable’s jacket; therefore, when there is a bundle of cables transmitting 10GBase-T signal on Category 6, they may not interfere with the pairs within the cable. But they can interfere with the pairs in adjacent cables. Because the transmitting pairs require a separation distance from each other greater than that provided by current cable jackets, Category 6 cable will not work. This problem cannot be overcome without modifying the cable itself and, often, the jacket in particular.

Additionally, it is possible that some Category 6 cable, much like any other cable, will not be used at short distances in support of 10GBase-T. The alien crosstalk issue may be a problem even at these distances. Because the Category 6 cable jacket and overall cable design were not designed to suppress alien crosstalk, it does not prevent signal from emanating outside onto any other cable in the bundle. For that reason, using a combination of Category 6 and Category 6A cable for 10GBase-T transmission may degrade the effectiveness of the Category 6A cable.

As a building owner who is interested in that next-generation cabling system, how can you be sure that the new Category 6A solution will meet the needs of an evolving network standard? Until the Category 6A standard is finalized, you cannot be absolutely certain. You can, however, buy some insurance.

By limiting the choices of manufacturers to those with substantial track records and heavy influence on standards committees, you can greatly increase the odds that the solution will ultimately meet the ratified standard once it is final. Also, seek those manufacturers who are offering 10GBase-T application-level warranties. Look for those that will provide 100% replacement, covering equipment and labor charges, in the event their solution comes up short.

All of this comes at a cost, and achieving the next level of horizontal bandwidth requires you to open your checkbook. Category 6A cable is a radical departure from what the industry is used to. The current materials-only cost premium for the new Augmented Category 6 solution can be 80% over standard Category 6.

The cable size will also have a significant impact. Category 6A cable can be as thick as RG-6 coaxial cable, in a throwback to the early days of Ethernet when Thicknet cable was used as the physical-layer medium. But unlike those days, this cable is “home run” from each outlet and uses up vast amounts of horizontal distribution pathway space.

Ultimately, the overall cost of the cable plant is a small investment considering its relatively long lifespan. But it does come at a significant cost, and it will require more pathway space.

Carefully consider all dimensions of Category 6A and 10GBase-T before you make any decisions about your next cabling upgrade.

“To be Fair, No One Promised 10GBase-T Would Work on Category 6” was published in the September 2006 edition of the Cabling Installation & Maintenance magazine.
Author: Donald Latham, Jr., RCDD, CPP