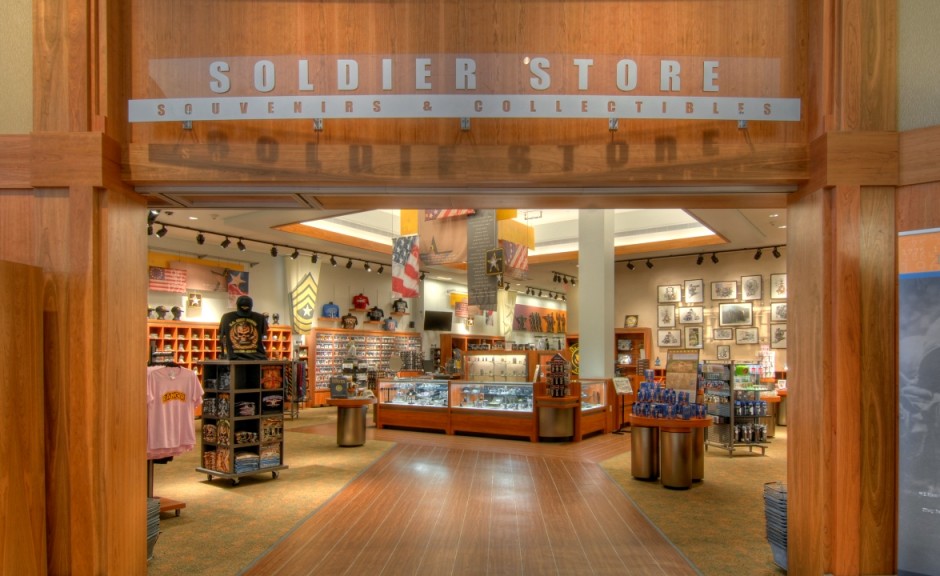 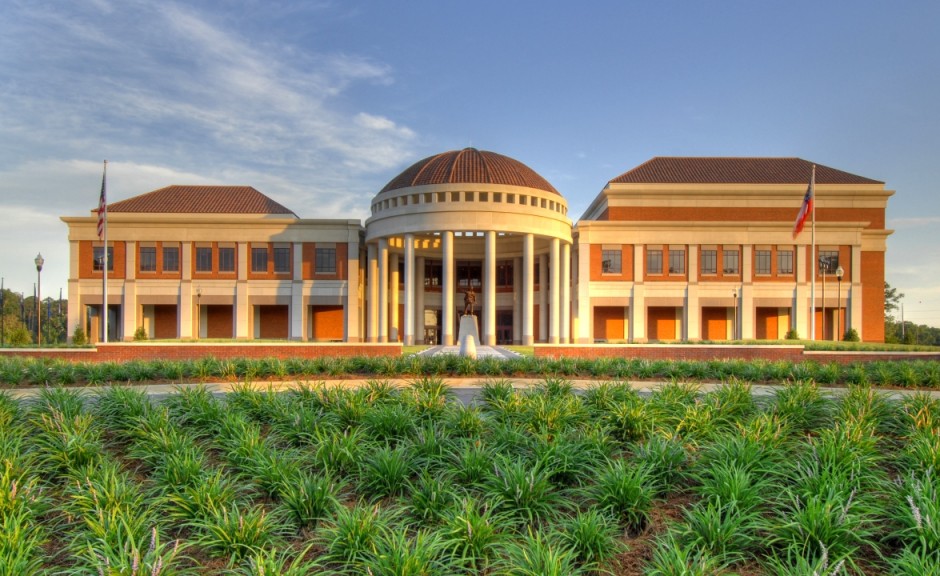 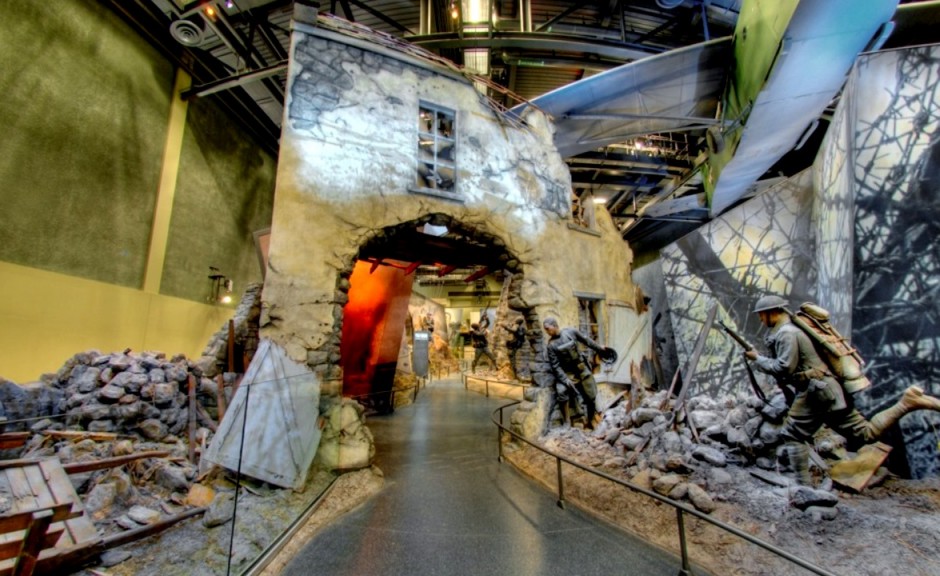 The National Infantry Museum and Soldier Center at Patriot Park, located just outside the gates of Fort Benning, is the home of the Infantry and one of the Army’s largest installations. This tribute to Infantrymen is the first of its kind in the United States. Visitors to the museum take an interactive journey through every war fought by the United States over the past two centuries. Era galleries trace Infantry history from before the Revolutionary War to action today in Iraq and Afghanistan. There is a special gallery recognizing Medal of Honor recipients. In addition to the 100,000 square foot exhibition hall, the building also includes a 300 seat IMAX theatre, food service facilities, and administrative offices. The adjacent Patriot Park includes a parade field for Fort Benning Infantry School graduations, a memorial walk of honor, and an authentically recreated World War II Company Street.

Architectural acoustics for the sixty-nine seat infantry theatre to ensure that this circular venue meets all minimum standards for professional cinema-theatrical presentations.

The facility is air conditioned by 14 geothermal heat pump systems ranging from 30 to 70 tons each for a total of approximately 650 tons. The heat pumps are equipped with multiple compressors, external inline pumps, and fans with variable frequency drives that supply conditioned air to 111 variable volume zone dampers. A computerized control system monitors and controls the variable volume zone dampers to maintain space temperature and switches the heat pumps from cooling to heating mode when required. During the cooling season the heat is rejected to an earth loop through 280 vertical wells that are 20 feet apart. 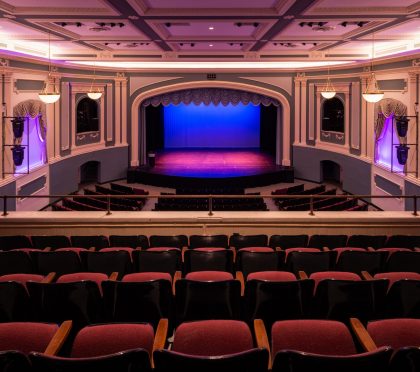 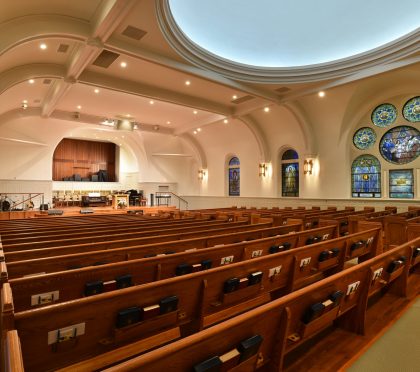 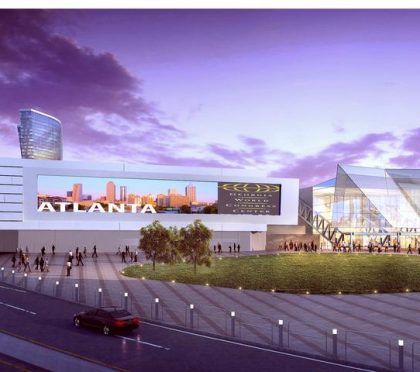 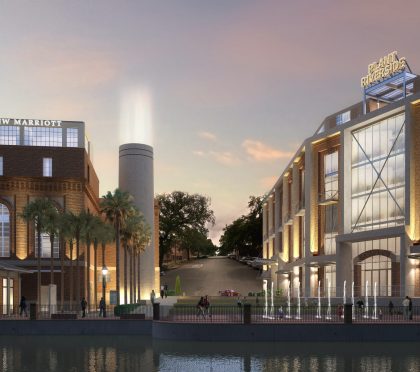 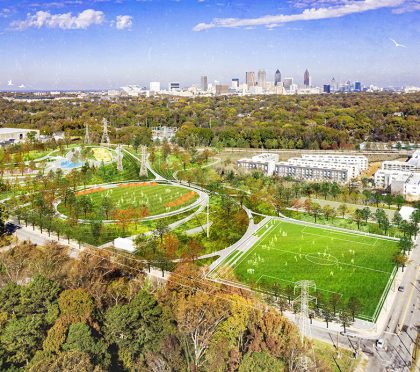 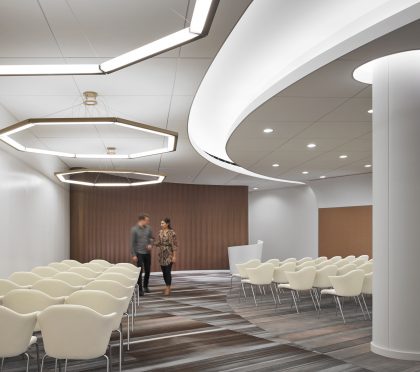 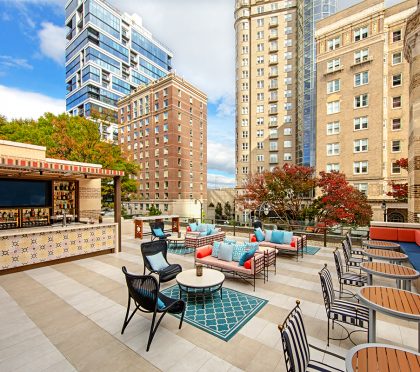 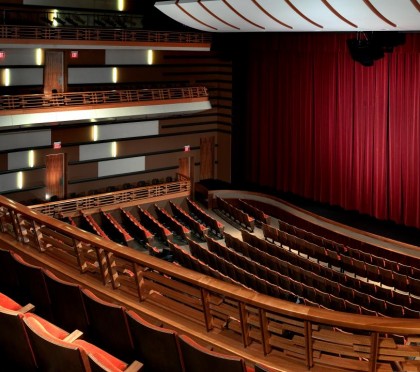 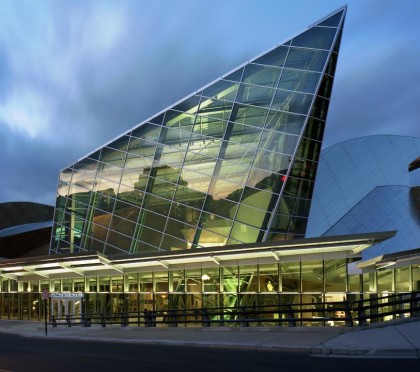 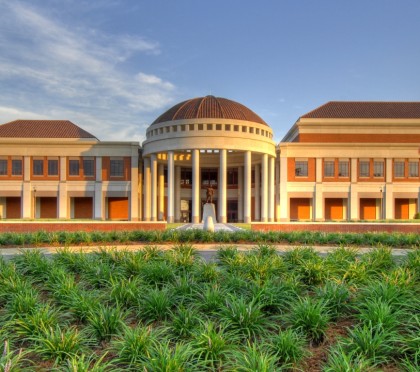 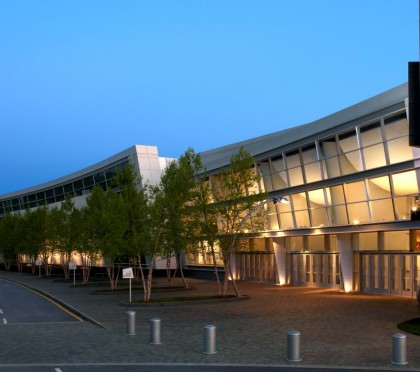 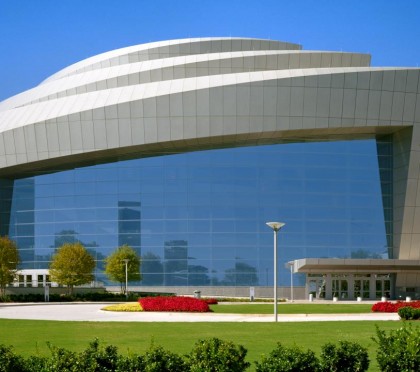