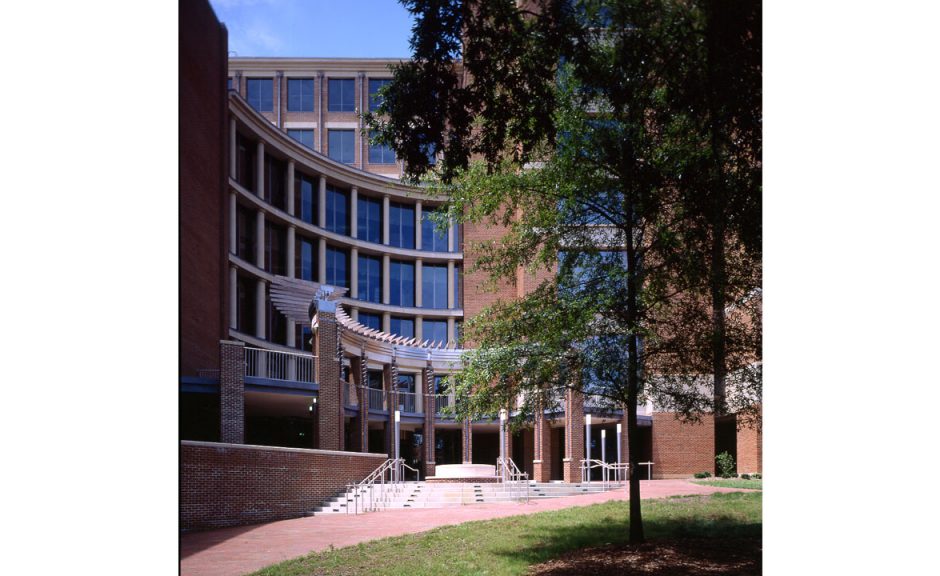 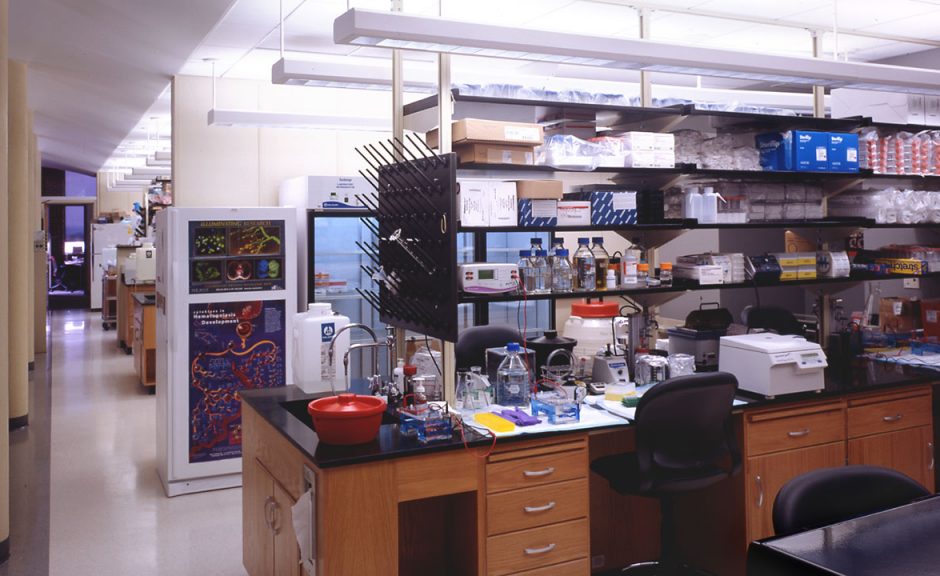 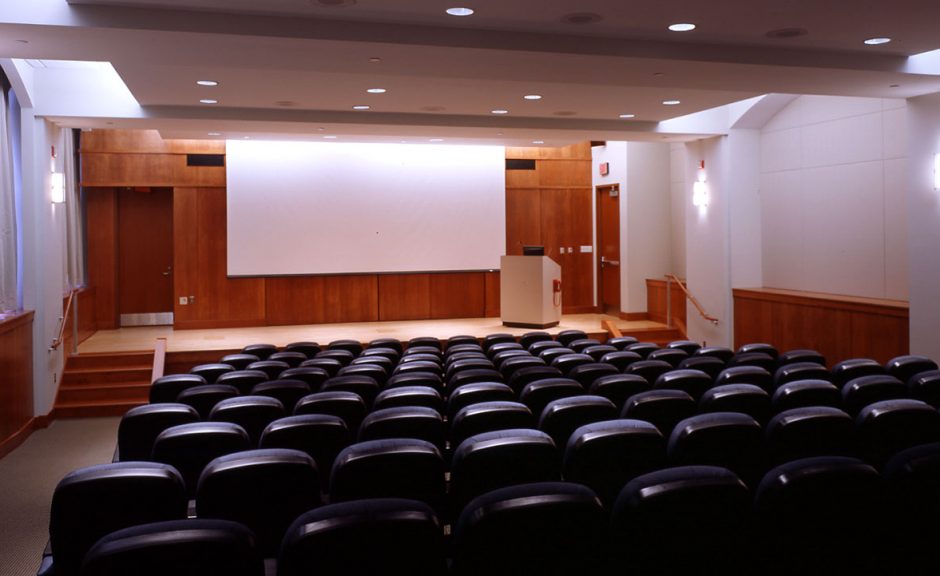 Architectural acoustics and mechanical system noise control, including room acoustics and sound isolation for the 500 seat auditorium and a 200 seat auditorium, and noise and vibration control for more than 100 fans located on the roof of the building in order to meet a very stringent community noise ordinance.

Extension of the campus steam system, including the addition of two manholes and interconnecting precast pipe tunnels, to support the construction of the nine story building.

Illumination of the façade, lobby, and auditoriums of the nine story building. 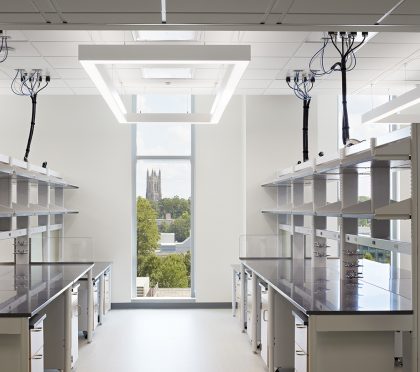 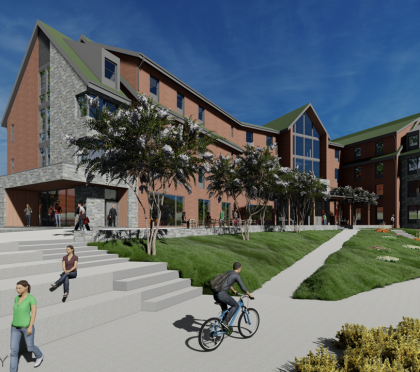 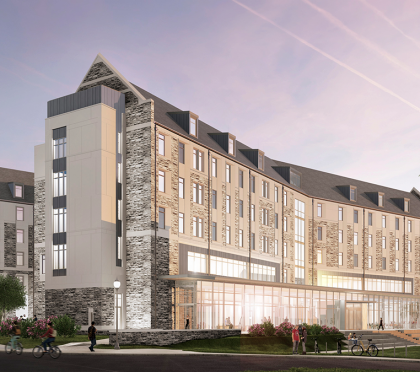 Under Construction: A 600 bed residential life building with living-learning, community, and 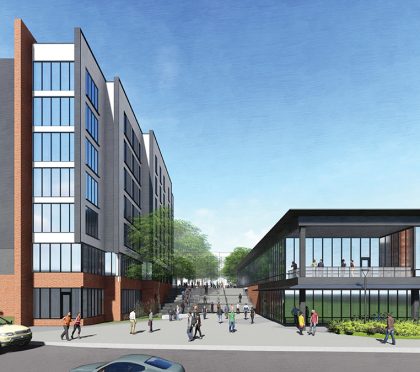 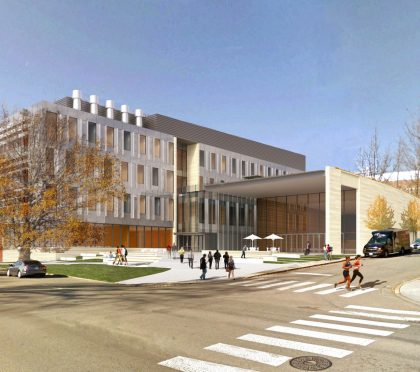 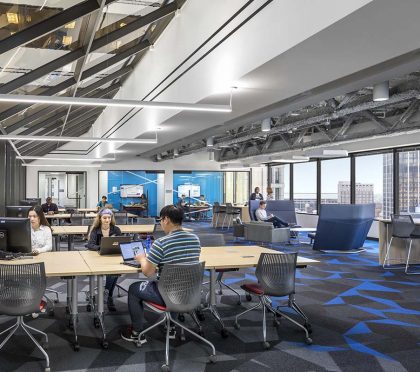 Renovation of the Twelfth Floor, including addition of a stair to the Eleventh Floor, for the 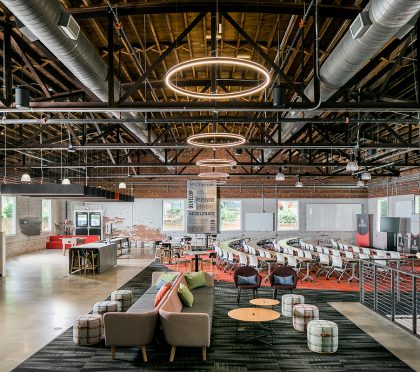 Renovation of the Broad Street Building for the Entrepreneurship Program, including faculty offices,

University Hall, a building for the College of Arts and Sciences, is home to the departments of 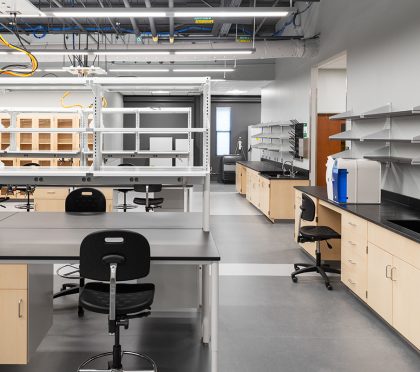 The first phase of a renovation of the HM Building. The facility, occupied by the University 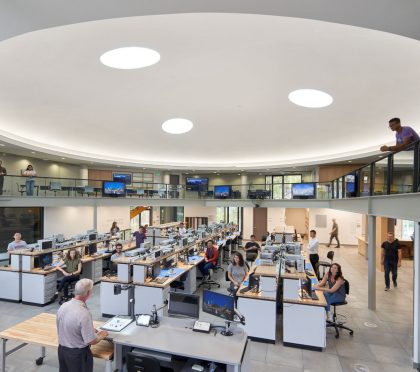 Renovation of the two-story rotunda of the Blake R. Van Leer Building to create the